Shared Topic: Always Want What You Can’t Have

What is it you want, but know you can’t get your hands on and have to stare at longingly whenever you log in?

As I thought about this, I had alot of trouble coming up with in-game things: in general, if I want something, I do my best to get it. I did eventually get the Sporeggar pet and tabard, the Kurenai mount, and the Cenarion War Hippogryph. I completed the Avatar set for Anatevka and the Cyclone raiment for Rhianon. And if I really wanted some of the archaeology trinkets that I admire (the Naaru one, for example), I would simply go out and level up archaeology.

There are a few things that stick out to me, however – mainly because I either can’t get them or they have simply eluded me for so long: 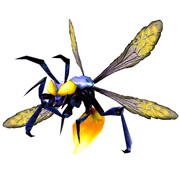 1) The Firefly pet — I desparately want this pet for Rhianon, but despite farming Zangarmarsh and browsing the AH, I have yet to get it for her. I could have gotten it earlier this year on the AH, but I choose to spend my gold on the Tsunami card set for raiding. (*tosses 20k gold out the window*)

2) Magical Crawdad pet — Another wish for Rhianon, but this one has a longer story. I first saw the pet in SSC during a 25-man raid; one of the other healers had it out and I had instant jealousy. I leveled up fishing specifically to get this pet and I spent hours farming for Mr. Pinchy drop. I actually got Mr. Pinchy twice — but none of my wishes ever brought me the pet. Since then, I have yet to farm this seriously since it frustrates me so.

But perhaps the saddest:

Anatevka was not my first priest. Before I even created the blood elf version of her, I had a night elf priestess named Starchaser – and from the moment I created Starchaser, I coveted the Benediction staff. We had MC and Onxyia on farm by the time she got to 60, and one night, I was lucky enough to get the Eye of Divinity from Majordomo’s cache. Guildies bought me the corresponding Eye of Shadow as a present and within a week, my little night elf was sporting Benediction. (I remember completing the quest in the wee hours of the morning and waking up my fiance-at-the-time to tell him that ‘I DID IT! I DID IT!’).

At the beginning of BC, my account was hacked and I lost everything, including that priest with the Benediction. I got a restore about 6 months or so later, but when I logged back on, the staff was gone. Forever. Later on, I transferred over my blood elf priest and Anatevka was born, but I never pursued getting the Benediction for her. Now that transmog is in-game, I wish I had bothered getting Benediction so I could use it as her staff model.

So whenever I see Benediction, I feel a little sad and nostalgic, and then slap myself for not getting it on Anatevka when I could have.

Posted on June 21, 2012, in Uncategorized. Bookmark the permalink. 6 Comments.